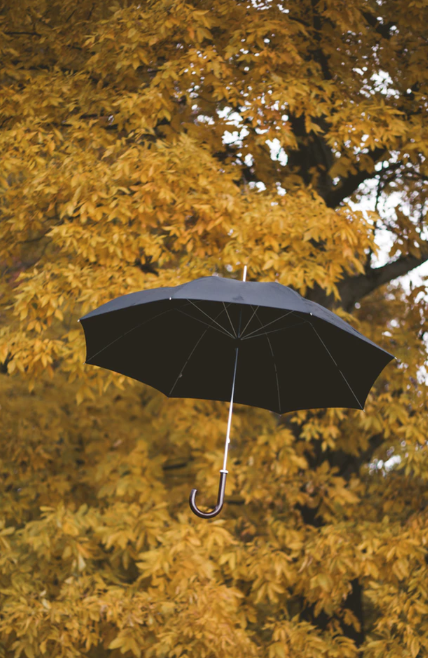 Have you ever wondered why you shouldn’t open an umbrella indoors? This old superstition has been passed down to us by generations but most of us don’t really know why we should avoid it. Even if you don't consider yourself...

Have you ever wondered why you shouldn’t open an umbrella indoors? This old superstition has been passed down to us by generations but most of us don’t really know why we should avoid it. Even if you don't consider yourself a superstitious person, you probably think twice before opening a brolly inside - unless you work for an umbrella shop like us! And, though superstitions aren't logical, the idea of luck and magic can be comforting - especially when so many things are beyond our control.

Umbrellas have been around for centuries and the original superstition has its origins in ancient Egypt, where umbrellas were used as a shield from the sun, and opening one indoors was disrespectful to the sun god, Ra, who would seek vengeance on the household in which the umbrella was opened.

Another take on the superstition: An umbrella protects you against the storms of life, so opening one in your house insults the guardian spirits of your home, causing them to leave you unprotected.

There’s more superstitions surrounding a humble umbrella. Some believe that if you ever place a brolly on any furniture or bed, you’re inviting disease or even death into the house. Scary stuff! Also if your umbrella falls to the ground, it means there will be a pain in your workplace. The way to avoid it is to have someone pick it up for you.

There are some lucky superstition too! If you lose a brolly it can mean that there’s a surprise coming your way.

To get married under an umbrella brings good luck to the bride and groom. In this case, the umbrella symbolises shelter and protection which is then provided to the married couple. Feel free to add plenty of “rain on a wedding day” proverbs to support or dismiss this superstition.

Funniest one is: if the forecast says it will rain, take an umbrella with you and it will not rain but leave the umbrella behind and it definitely will. Although I don’t think you can count it as superstition but maybe just Murphy Law.

In the end the choice is yours, you can believe the superstitions or bravely open umbrellas indoors, cross the street after a black cat crossed it and break mirrors. Good luck to you and let us know how it goes! So far nothing bad came from us opening brollies in the office but hopefully I haven’t just jinxed myself! Knock on wood!
Some of our other umbrella-related articles:

How to get prepared for winter golf?

How to Shop in Black Friday Umbrella Sale?