Why men refuse to use umbrellas? 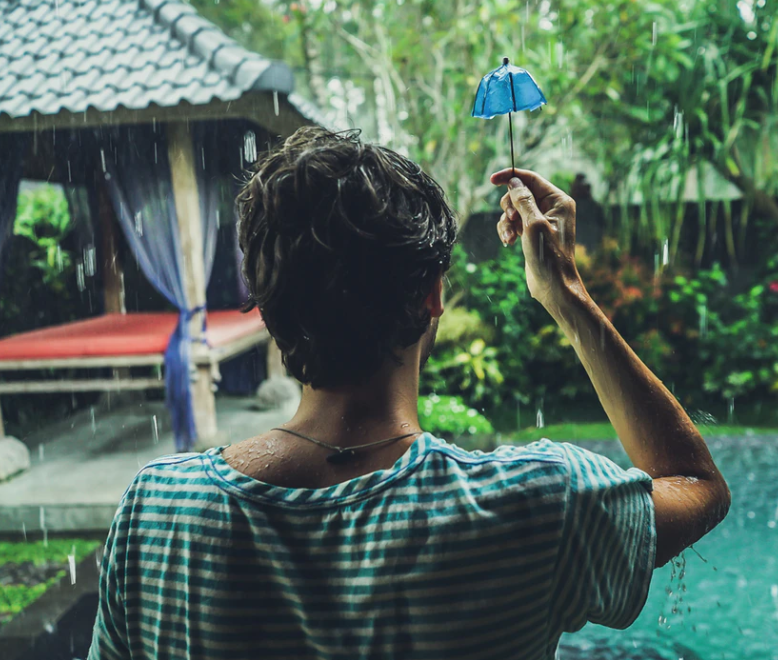 Why men refuse to use umbrellas?

Have you ever noticed that a lot of men refuse to use men's umbrellas? A quick look online and you’ll find quite a few articles and discussions about how un-manly it is to use an umbrella and how it’s a...

Have you ever noticed that a lot of men refuse to use men's umbrellas? A quick look online and you’ll find quite a few articles and discussions about how un-manly it is to use an umbrella and how it’s a woman's thing. Men, we asked personally confirmed that it does make them feel uneasy using a men’s umbrella and often when asked if they have or want an umbrella they will respond “I’m fine. It’s just a drizzle!” We’re not talking about men in fashion editorials posing with stylish walking stick umbrellas but regular men we spend time with every day.

Arguments most often used against using men’s umbrellas are that men who use them are overly precious about their appearance and that a hat or a raincoat is a more manly alternative. Some men just don't seem to mind getting rained on. According to one article, a man should not fear nature elements!

If you look back through the history of umbrellas, you will learn that up until the 18th century they were indeed considered a female accessory. But now in 2020, isn’t it time for men to get over the toxic masculinity and embrace men’s umbrellas? Modern technology came up with multiple advances in umbrella design, there’s even a Star Wars-inspired lightsaber umbrella! If they do buy an umbrella, men are more likely to splurge on a technologically advanced one such as Blunt. Maybe an umbrella being more advanced makes it ok for men to use?

An umbrella is such a simple concept that it’s hard to believe that it’s been described as un-manly. It has a simple design: a canopy to cover you from the rain, a pole and a handle to hold, it’s a godsend when you leave the office and its pouring rain. There’s no bigger relief to have a strong golf umbrella on hand in the rain. You can walk and stay dry!

As a woman, I don’t like to imagine walking in heavy rain without an umbrella. Been there done that and 9 of 10 times I’m prepared these days with a compact ladies umbrella in my handbag and it's not just out of concern for my makeup or hairstyle - I just don't want to get wet! Of course, men don’t usually carry a handbag and only some men working in an office carry a briefcase so it's harder for them to have a men’s umbrella on hand when surprised with rain. Women also have an advantage when it comes to choosing the umbrellas print and colour - almost all is accepted. But for men it’s usually black, navy and other dark shades.

We hope the new generation of men will get over the fear of using men's umbrellas. Jollybrolly has a selection of great - manly umbrellas here. Black, grey but we also encourage men to try colourful umbrellas, maybe a yellow one like Ted Mosby from How I Met Your Mother? Or go ahead and get that lightsaber brolly! Whatever keeps men dry and happy!